June 21, 2021LEDCONN
For the world’s premier multinational beauty corporations representing some of the finest luxury goods available in the world today, maintaining an image of luxury in their subsidiary brand stores is paramount to their success. Cosmetics brands at the highest echelon of luxury are more than providers of cosmetic goods: they act as symbols and leaders of haute-couture with an image to protect.

The LEDCONN team was asked to be a part of a store design project by one of the leading store design firms for the creative design of a luxury cosmetics flagship store in Santa Clara, California. The store designer’s client, a high-end global luxury brand, neeeded to create a store design that would strengthen its luxurious image in the beauty industry. The store designer chose to use LED lighting for the purpose of enhancing this image and reached out to LEDCONN for an expert lighting consultation. This consultation covered how to evenly illuminate the 25 planned key store fixtures with LEDs and educated the designer on their lighting and hardware options.

The global nature of this particular project added complexities that were overcome through tight collaboration around the world with everyone involved. LEDCONN worked closely with both the store fixture manufacturer and the brand’s international teams and vendors during design and specification through production in China to installation in the US. Planning for a successful flagship store design required a great deal of collaboration and intercontinental communication among the brand, store designer, lighting manufacturer, store fixture manufacturer, and general contractors involved. 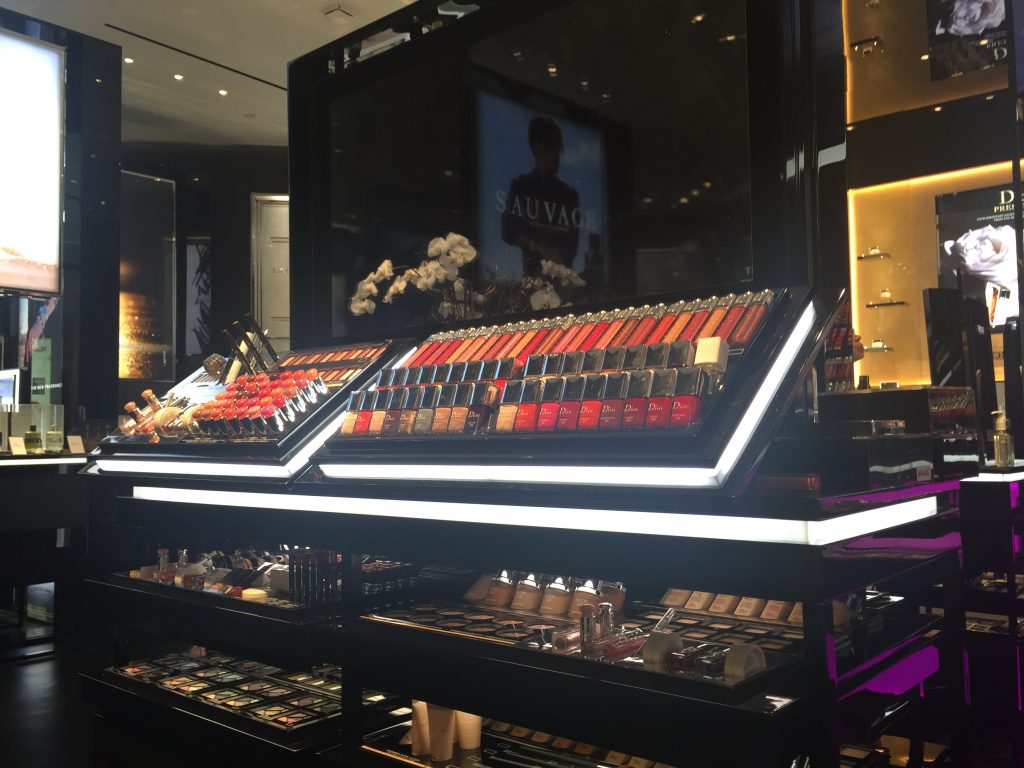 Every successful store illumination project starts during the ideation phase. LEDCONN was brought on early in the project and partnered closely with store designer to develop a strong lighting strategy even before the project had been officially issued by the global luxury cosmetics brand.

A combination of the following lighting components were used in all 25 store fixtures. Static white lights were specified at multiple color temperatures including 3000K, 4000K, and 5300K. RGB was used to add pops of color throughout the store. 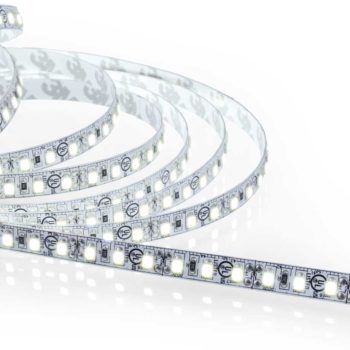 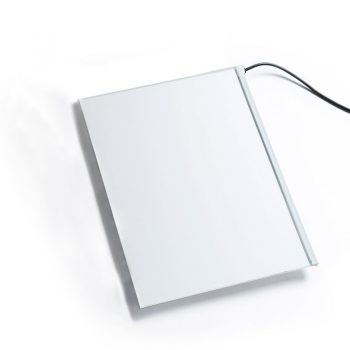 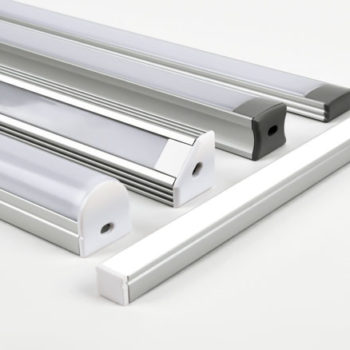 One unexpected challenge that arose during production involved obtaining Title 24 certification for the brand. The need for compliance was discovered only after production had completed. Now too late to make any changes to the light fixture, the LEDCONN engineering team had to figure out another way to reduce wattage by 30% for the fixture manufacturer. Thinking quickly, LEDCONN proposed modifying the controls to a lower wattage and explained the effects of what lower wattage would have on compliance and overall lumen output. This solution satisfied the compliance requirements and the brand’s aesthetic needs. 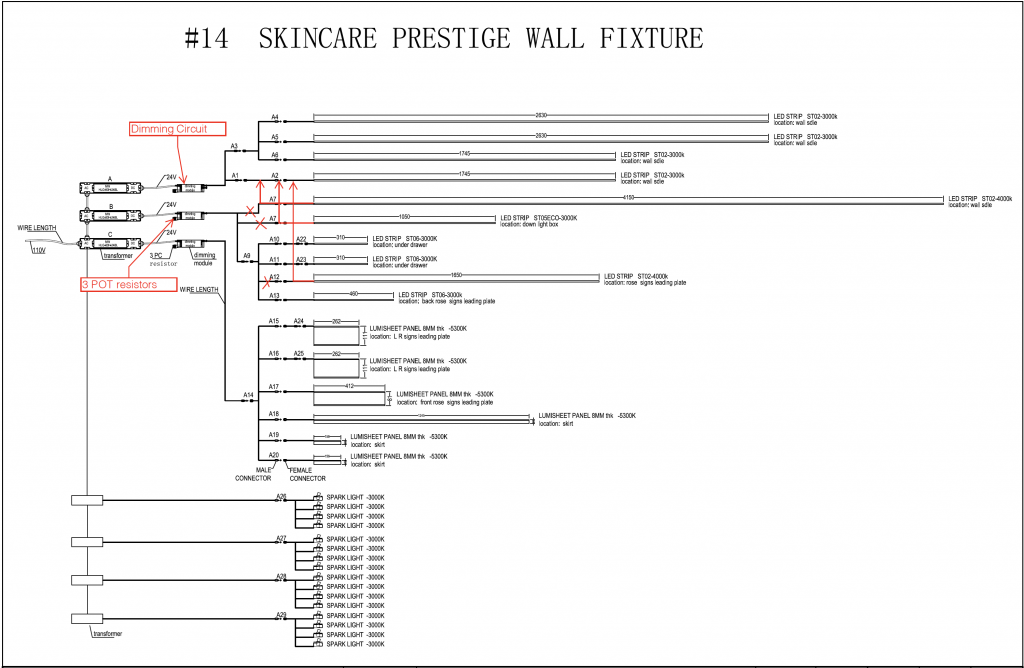 Luxury brands expect high quality lighting and have very high standards by which they hold their vendors accountable. Color consistency is a common challenge when so many products are involved; it’s all too easy for lighting components in a store design to look slightly different throughout the store. To ensure consistency across the sheer volume of LED products in the store, LEDCONN made sure products requested in specific color temperatures were all chosen from the same bin and matched the exact shade of light color expected by the cosmetics brand. The end result: seamlessly even, hotspot-free LED lighting throughout the entire store.

After completing production of the the fixtures and the lighting components, the brand, store fixture manufacturer, lighting manufacturer, and store designer met together in China to review the illuminated fixtures. For the review, fixtures were fully assembed in China and arranged as they would appear in store. Shortly thereafter, the entire store design was knocked down and shipped to the store fixture manufacturer’s US operations for assembly and installation in the US.

The store fixture manufacturer then hired a US general contractor for the actual installation. Because the project was so comprehensive with custom lighting components, LEDCONN sent their engineering team to provide extra support on-site to guide the contrators through the technical aspects of lighting installation. 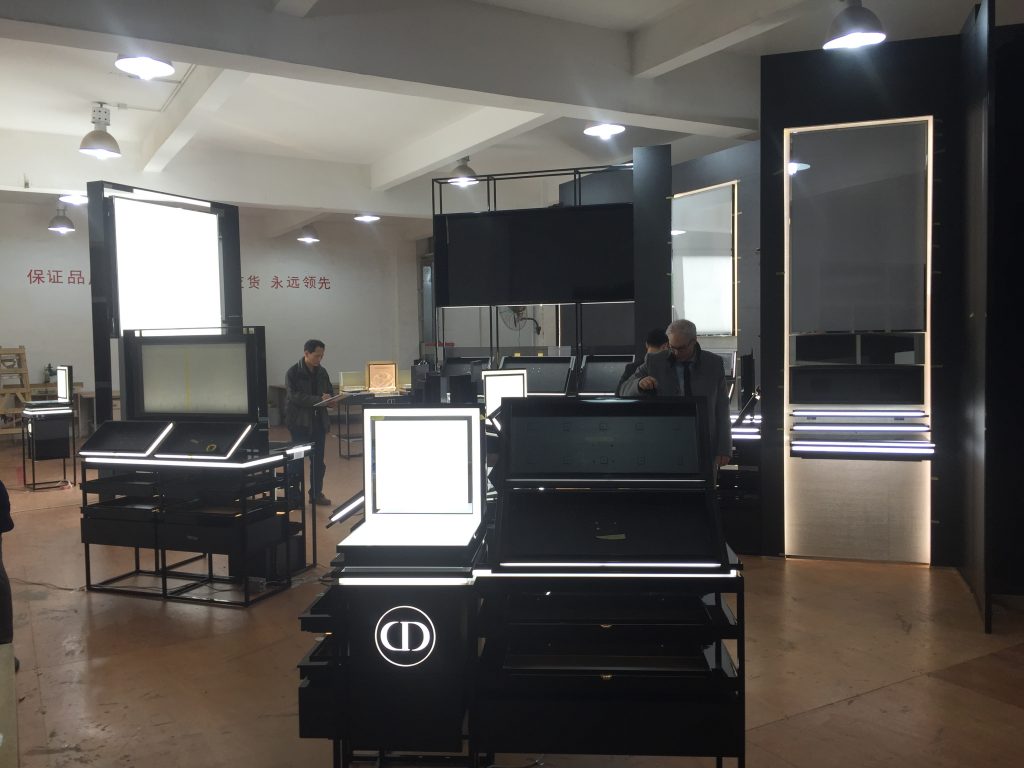 Image above shows the displays set up in the mock up China showroom. The image on the right shows the same displays installed into the actual store with products. 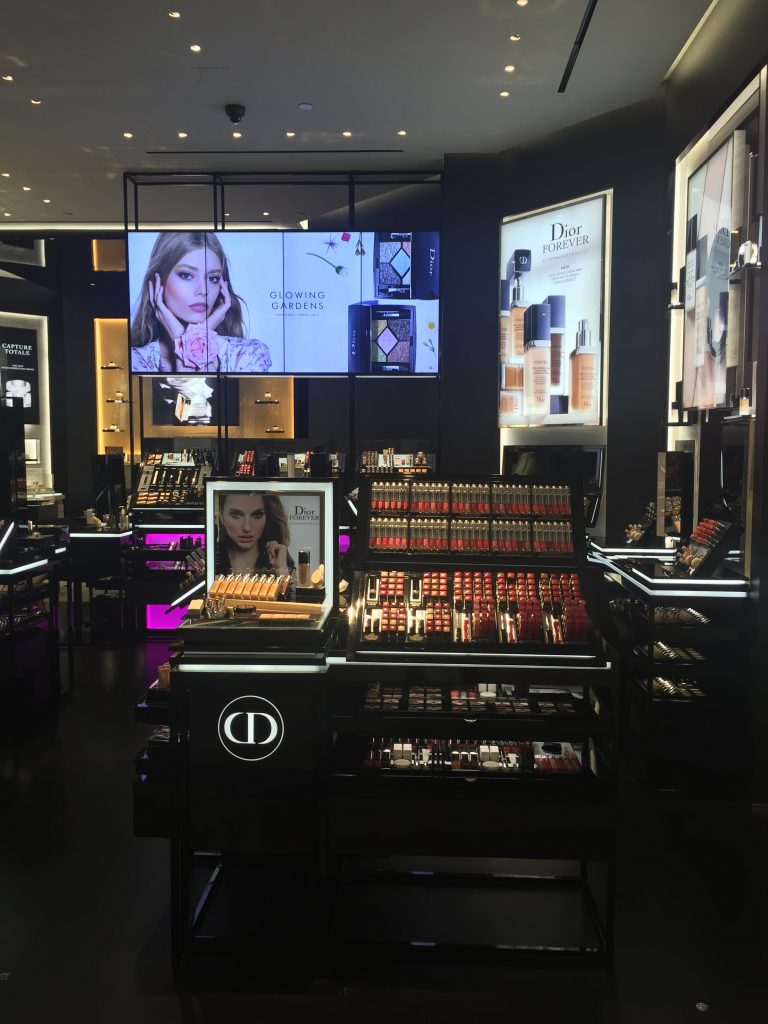 With a project as complex and global as this luxury cosmetics flagship store, LEDCONN’s close involvement in the project from beginning to end played a significant role in the project’s success. Beyond the manufacturing of the lighting fixtures, LEDCONN went above and beyond by managing the technical planning and installation of the lighting and providing extensive support. From managing communication globally to providing clear wiring diagrams and on-site engineering support, the care provided by the LEDCONN team helped the designer, brand, fixture manufacturer and GCs be successful from start to finish. 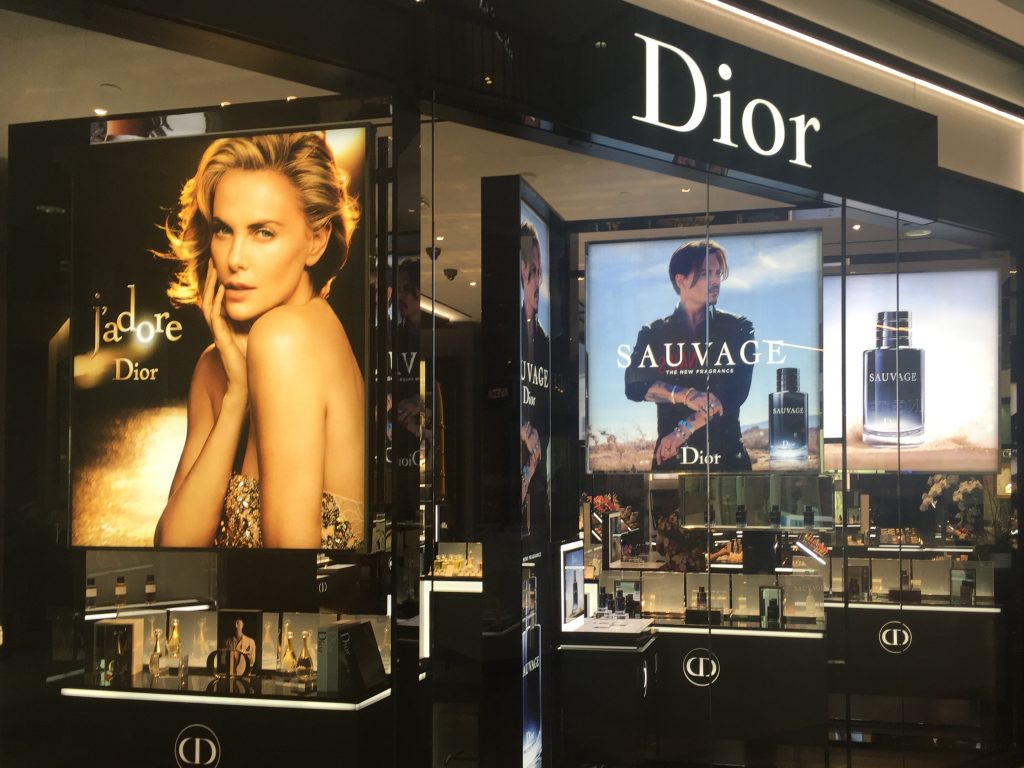 For more information about this project, including photos, diagrams, and more, please download the formal case study.

Got a project and would like to brainstorm with us?